Facts about the Pere Marquette River 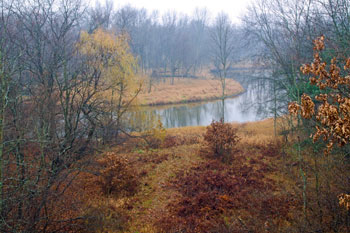 Photography by ToddAndBradReed.com
The mainstream starts at the confluence of the Middle Branch and Little South Branch, known as the "Forks" and flows in a westerly direction for approximately 66 miles past the communities of Baldwin, Branch, Walhalla, Custer and Scottville to its mouth at Pere Marquette Lake, just south of the City of Ludington, Michigan. 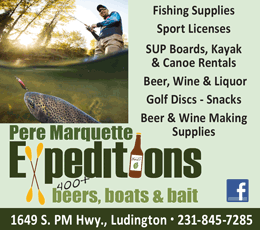 The shores of the Pere Marquette River are under the management of different private and government agencies. 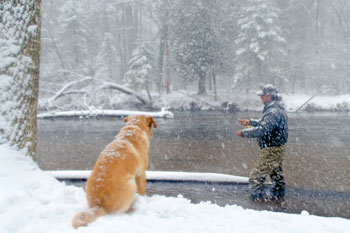 Photography by ToddAndBradReed.com
The State of Michigan's Department of Natural Resources (DNR) manages several sections of the area with public access available. The Pere Marquette National Scenic River is under the management of the Department of Agriculture's National Forest Service and is part of the Huron-Manistee National Forests. Much of the shoreline of the 66 mile long river is privately owned and visitors are to use only the public areas administered by the Michigan DNR or National Forest Service to enter and exit the river.


The Pere Marquette River has the reputation for being an outstanding steelhead and brown trout stream as well as being extremely popular with canoeists. Sportsmen find the area popular for hunting deer, small game and wild turkey. The area has many trails for snowmobiling, cross country skiing, biking or a peaceful walk through the woods. 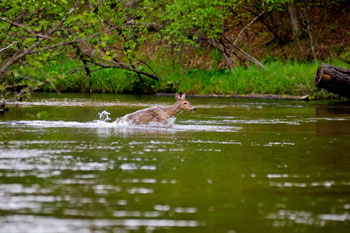 Commercial canoe liveries are well established on the mainstream. In 1977, Lake and Mason counties had a total of 734 rental canoes available. Of this figure, 450 were located on or near the immediate area of the Pere Marquette River. In addition, there are over 2,200 private campsites which are dispersed through the watershed. Other outdoor recreational facilities provided by private sources include golf courses, horseback riding and skiing activities. 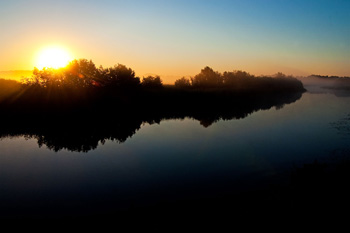 Photography by ToddAndBradReed.com
Although not located in the watershed, there are several state parks located in the vicinity of the Pere Marquette River. These include Ludington State Park, Newaygo and White Cloud state parks. These parks offer almost 600 campsites as well as picnicking, hiking and playground facilities. In addition, there are three state forest campgrounds located near the Pere Marquette River. These are: Bray Creek - 9 campsites; Little Leverentz - 7 campsites; and Big Leverentz - 11 campsites.


Advertisement
The U.S. Forest Service campgrounds Timber Creek, Nichols Lake and Highbanks Lake offer picnicking and snowmobiling, and have a total of 43 camping sites. In the past, indescriminant camping has occurred at the Bowman's Bridge access site. The U.S. Forest Service is currently developing approximately 50 designated camping units at this location to alleviate this problem. New camping units will be located back away from the river and will be designed to protect the natural values of the river environment. Camping at the water's edge will be prohibited in the future.